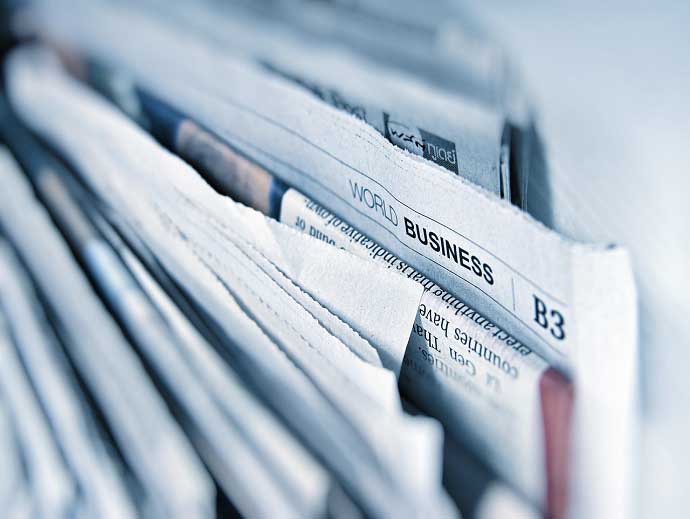 Operating profit (EBIT) for the period increased significantly year-on-year by 31.8% to EUR 33.5 million (EBIT-margin: 15.4%) compared to EUR 25.4 million in 9M 2018. The profit before tax (EBT) in 9M 2019 went up by 43.7% to 19.7 million (9M 2018: EUR 13.7 million). The increased EBIT and EBT performance resulted from actions taken by the management to increase cost discipline, achieve operative leverage, and improve marketing efficiency.

Deposits from customers grew by 12.0% to EUR 205.4 million compared to EUR 183.4 million at the end of 2018. The Group has issued new loans to customers in Finland under the banking licence since November 2019 and aims to bring Denmark under the bank within the next months to be able to further utilize deposit funding.

Ferratum Business, the SME lending business unit of the Group has grown within Ferratum in a start-up manner and can after only four years of operation show a profitable business with EUR 20.2 million in revenues during the first nine months of 2019 (9M 2018: 15.5 million). SME loans are currently being offered by Ferratum in seven countries (Czech Replublic, Denmark, Finland, Lithuania, Netherlands, Sweden and the UK) with a maturity of 6-24 months and loan amounts of up to EUR 250,000. Ferratum Business expanded its operations to Poland in January 2019 with a pilot in invoiced based lending. After the conclusion of the pilot, it was decided not to launch the product in Poland. The product is however being considered for future launch in other markets. Lending to SME customers in Australia was also discontinued as the Group saw better opportunities in investing its resources into the other seven existing markets in Europe, that SME lending is offered in.

Since March 2019, Ferratum's risk-based pricing model has been introduced in the Czech Republic for the Credit Limit product, and for Primeloans in Latvia and Finland. The riskbased pricing allows the Group to offer customers an individually risk adjusted offering in terms of loan amount and pricing. The model helps optimize the overall yield and risk exposure, the implementation plays an important role as the Groups product evolution shifts towards longer terms and higher loan amounts (i.e Primeloans).

The Primeloan product was introduced into two further markets during the first nine months of 2019, Sweden and Latvia, bringing the overall amount of Primeloan countries to four.

The new IT platform, the Ferratum Operating System (FerraOS), has been introduced in Sweden, Latvia and Bangladesh during 2019. The new platform roll-out is part of the ongoing Smart IT program and builds the next generation IT foundation, on which the Group can further expand its business on, including its own and partner's offering. Currently, the focus is on combining new microservice modules with older stack, such as payment, identity, authentication, and document services, as well as real time data services.

In June, the Group announced a partnership with with Srijony Foundation in Bangladesh to contribute to the country's digitalization, technological transformation and financial inclusion in the lending sector.

As at the end of September 2019, Ferratum operates in 23 countries, with lending having been suspended in Russia, France and Slovakia, and Bangladesh being added to the countries of operation.

As of August, Bernd Egger joined Ferratum as Chief Financial Officer, succeeding Dr Clemens Krause. Clemens will now have a key role in managing the Groups credit risk as Chief Risk Officer. Bernd has an extensive background in international banking, finance and corporate development and holds a masters degree in Business Administration as well as a Master of Science in Finance.

Klaus Schmidt joined the Goup in April as interim Chief Marketing Officer, and has as planned, as of October handed over his responsibilities to long time Leadership Team member and Chief Commercial Officer, Saku Timonen.

Confirmation of the outlook for 2019

For the fiscal year 2019 the Board reiterates its expectation that operating profit (EBIT) will exceed EUR 45 million.

In October the Group successfully completed the written procedure in relation to Ferratum Capital Germany GmbHs outstanding up to EUR 150,000,000 senior unsecured bond loan 2018/2022 with ISIN SE0011167972. The vast majority of bondholders agreed on the benefits of the alignment of the Net Debt to Equity covenant with the issuers other bond (ISIN SE0012453835) with a net-debt to equity ratio of 3.5x. This allows the Group to continue its strategically important transition towards providing its customers with larger, longerterm loans (e.g. Primeloans, Credit Limit and loans to Small and Medium size Enterprises). The transition towards lower risk products opens a vast segment of customers with better payment behavior and a lower credit risk, while also increasing the Group's readiness to deal with further changes in the interest rate environment. The amendments were effective as per 15 October 2019.

The Group has issued new loans to customers in Finland under the banking licence since November 2019.

Ferratum Group is an international provider of mobile banking and digital consumer and small business loans, distributed and managed by mobile devices. Founded in 2005 and headquartered in Helsinki, Finland, Ferratum has expanded rapidly to operate in 23 countries across Europe, Africa, South and North America, Australia and Asia.

As a pioneer in digital and mobile financial services technology, Ferratum is at the forefront of the digital banking revolution. Ferratum has approximately 763,000 active customers that have an open Mobile Bank account or an active loan balance in the last 12 months (as at 30 September 2019).

Ferratum Group is listed on the Prime Standard of Frankfurt Stock Exchange under symbol 'FRU.' For more information, visit www.ferratumgroup.com.